What is Renewable Energy? How Does It Work? 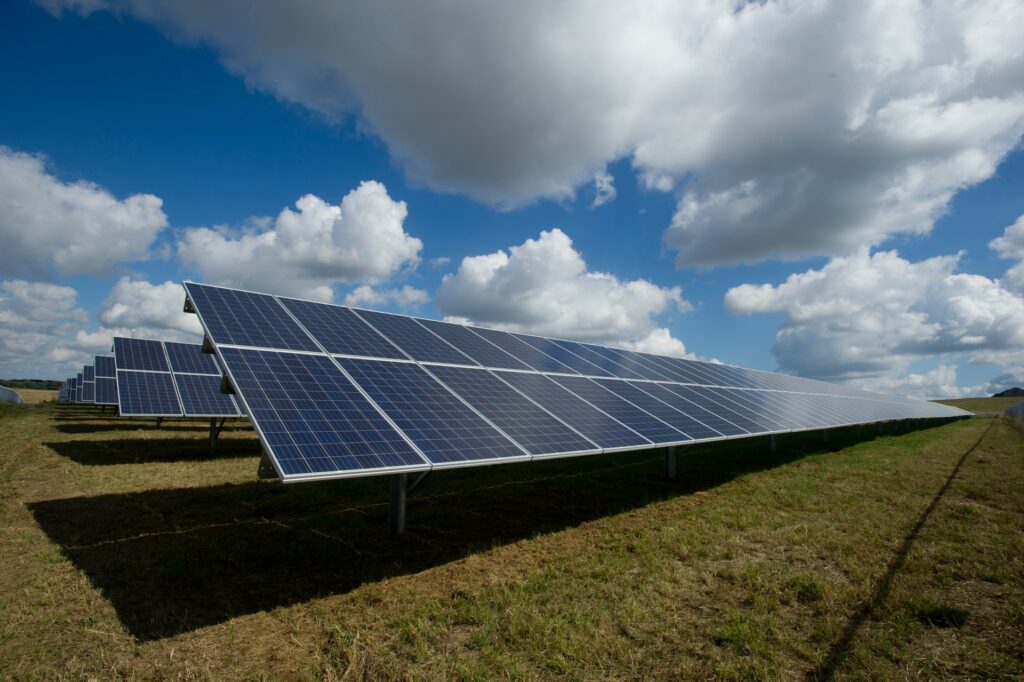 According to the United States Energy Information Administration (EIA), Americans used nearly 4 trillion kilowatt-hours (kWh) in 2021. From computers and televisions to machines and heating/cooling systems, businesses and homes heavily rely on electrical power.

The lion’s share of our electricity comes from burning fossil fuels like petroleum and natural gas. These two sources alone made up about 69% of all U.S. energy consumption in 2020. Other energy sources, like coal, have seen their use begin to scale back for cleaner options like wind and solar.

Emissions and greenhouse gases produced by traditional fossil fuel burning are associated with negative impacts, including smog, environmental issues, and health problems. As a result, organizations like the Global Commission on the Economy and Climate have suggested the world cut back on emissions by 2030 or risk losing its grip on global warming.

The rise of clean energy has been happening for decades, taking on greater importance as an affordable, cleaner, and sustainable form of energy compared to finite fuels like coal and petroleum. As companies continue refining alternative energy production techniques, more renewable energy sources will come online, reducing our reliance on traditional sources.

Renewable energy has been around for many years, starting thousands of years ago with the use of wood. However, other modern renewable fuels have found their footing in more recent years.

In the middle of the Second Industrial Revolution in the United States, renewable fuels became more available, beginning in 1880 with the first hydropower electric plant in Grand Rapids, Michigan. Since then, renewable energy sources have improved with increased research development and application.

Today, renewable energy includes everything from biomass and water to wind, solar, and geothermal options, accounting for about 20% of electricity generated in the U.S. in 2021. The percentage will likely keep growing while we look for better and more sustainable ways to produce electricity without relying so deeply on finite fossil fuels.

Biomass energy comes from plant and animal matter – everything from wood and agricultural feedstock to manure, sewage, and even biogases captured at dairy farms and landfills.

Wood, by far, was America’s largest energy supplier through much of the 1800s. In more recent years, we’ve been able to create a lot more electricity from biomass, including capturing biomethane to use as renewable natural gas. Ethanol, another type of biomass fuel, is used in gasoline. Fatty acid methyl esters (FAME) help make biodiesel.

Biomass options aren’t as efficient as traditional fossil fuels, and they aren’t as clean as wind or solar energy. Still, they provide a renewable option that reduces reliance on traditional methods. There is no shortage of garbage, plant, and animal waste, meaning biomass is an ultimately renewable resource that could improve our environment.

Hydropower uses the natural movement of flowing water to create electricity for use.

Water falls into a dam’s penstock pipes and goes through a turbine. As the water moves through the turbine, it spins, sending energy to a generator that produces kinetic energy that gets converted into electricity. Facilities rely on the constant flow of water through these systems to create electricity 24/7 and can pump water back into the reservoir to recycle it during peak hours.

Ultimately, water is a renewable resource that can meet increased short-term demand quickly and doesn’t use or destroy any materials to create power. On the downside, dams can alter the environment and change the natural flow of rivers, are expensive to set up, and are somewhat beholden to the weather for their production.

Geothermal electricity uses the power of steam created from underground reservoirs to turn a turbine. Like hydropower, the turbine connects to a generator that produces electricity for use.

An energy company will drill into hot spots under the Earth’s surface, then pump water through the installed pipes back into the facility. Once in the facility, the hot water turns into steam with enough power to turn a turbine. This process occurs 24/7/365 and is generally predictable and easy to plan. Many geothermal plants also use a closed-loop system that allows water to be pumped back into the ground to keep the process going.

Geothermal energy is an eco-friendly option when managed correctly. Luckily, the Earth is constantly generating heat, so as long as non-potable water is added to replace what’s lost to steam, it’s possible to keep the plant going. On the downside, plants are expensive to establish and can cause earthquakes due to drilling. Plant locations may also have higher earthquake frequencies, but moving the plant further away from fault lines can reduce the risk.

Environmentally friendly wind turbines generate electricity from an ultimately renewable resource, provided the wind blows. It’s also a low-cost and space-conscious way of producing energy that has the potential to grow in areas where the likelihood of wind blowing is high.

However, the turbines are tall, create some noise, and can turn off some people who want a wide-open view of the countryside. They also pose a risk to birds and bats that may get hit by the blades as they spin and could impact habitats if they’re carelessly site planned.

Solar energy technologies have come a long way in a short amount of time, allowing them to expand across the United States. Photovoltaic (PV) panels convert sunlight into usable electricity through PV cells by exciting electrons. The movement in the electrons creates direct current (DC) electricity which is sent to an inverter through specialized PV wires designed to withstand outdoor conditions. The inverter converts the DC electricity into alternating current (AC) power, then sends it to the grid.

Although concentrated solar arrays can be expensive to establish, they have a low cost to maintain once completed. Solar may also be capable of powering the entire country with some strategic panel placement. According to the Office of Energy Efficiency and Renewable Energy, it would only take about 22,000 square miles of land to power the entire country. Technology is constantly improving, so that number may drop further as more efficient panels and delivery methods come online.

Solar arrays can take up a lot of space but typically pop up in areas where development or farming aren’t feasible. These locations get exposed to a lot of sunlight, allowing the panels to collect solar radiation even on cloudy days.

There is also the potential to produce even more electricity through bifacial solar cells. These panels collect sunlight on both sides, making them more attractive in areas where snow or other materials can bounce radiation onto their undersides.

Renewables will take on a more critical role in our energy plans in the coming years.

Fossil fuels may be efficient energy producers, but they’re a finite resource. They also tend to be dirtier forms of energy production when compared to renewables like solar, wind, and water. As the world works toward reducing its reliance on fossil fuels, renewables will need to pick up the slack to maintain the same level of production.

However, the push for more renewable energy also coincides with the United States’ goal of producing 100% carbon pollution-free energy by 2035. Outside of simply being cleaner, renewable energy sources like solar and wind are less expensive to support and maintain over time, more economical energy producers, and will become more affordable over the years. From a safety and security standpoint, renewables can create a network of decentralized microgrids that may reduce the chances of a mass blackout during a natural disaster or a terrorist attack.

The U.S. is already working toward its 2035 goal. In 2021, about 23.6 gigawatts worth of solar energy were installed, totaling 121.4 gigawatts – enough electricity to power more than 23 million homes.

The Future of Renewable Energy

We’re starting to pull away from fossil fuels, but they are still an integral part of the current energy landscape and likely will be for a while.

Renewables are showing sustained growth, with solar comprising nearly 4% of all U.S. electricity produced. Installations are moving more quickly, and advancements in solar technology, down to the PV wire used to connect the panels to the combiner, or junction, box.

Sure, there is still a lot of work to do to get solar, wind, and other renewables to the level fossil fuels have been at for years. But it comes with the success of knowing the electricity generated is cleaner, more affordable, and nearly infinite.