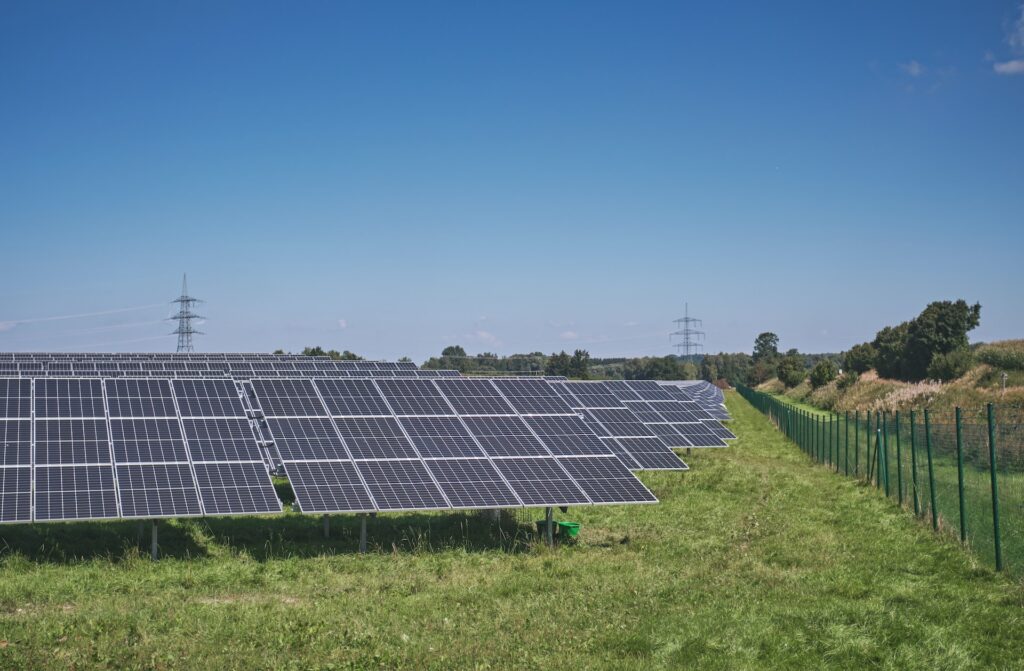 Renewable energy has grown by leaps and bounds in recent years. But is the U.S. fully prepared to move forward with a 100% clean energy program?

In 2021, renewable energy produced about 20% of all utility-scale electricity in the U.S., but only about 2.8% (115B kWh) was supplied by utility-scale solar energy operations, not including the additional 49B kWh generated by smaller-scale solar operations. The number may seem small, but it’s been growing annually and gives people hope that a fully green grid may be possible.

Two things are clear if you’ve followed the news over the past several years. Fossil fuels won’t be the answer forever, and renewables still have a couple hurdles to jump to pick up the slack.

The U.S. has some pretty ambitious energy goals, and the Biden administration has hinted that it would like to take steps to move away from traditional fossil fuels. This includes an ambitious proposed plan to reach 100% clean electricity by 2035.

Though some experts believe it’s possible to hit the goal in short order, more than 60% of our energy is dependent on fossil fuels. It will take more effort, investment, and support to achieve.

Is the U.S. Ready to Take the Next Step?

Several high-level studies, including one by Stanford in 2015, believe the United States can ultimately run on renewable energy… just not by 2035. They peg the year at a more realistic and gradual 2050. Though the study has been questioned, inspiration can be taken from it and its methodology.

This isn’t to say progress isn’t being made in certain states and regions toward a fully renewable future. Rhode Island recently signed legislation into law committing to 100% renewable energy by 2033. The move puts the tiny state at the forefront of the renewable revolution, and it could be the first in the nation to go fully renewable.

Earlier this year, California also made headlines when the state was powered only by renewable energy. The conditions were perfect, allowing California to produce more energy than it needed using only renewable power.

The Golden State has proven that renewable, carbon-free, and sustainable energy sources can replace traditional power generation methods like coal and natural gas. In 2019, about two-thirds of the state’s power came from renewable energy systems like wind, solar, hydro, and nuclear. According to one energy manager with the Union of Concerned Scientists (UCS), investing heavily in solar and wind technologies will get us the bulk of the way, up to 90 percent, toward our clean energy goals.

Why It’s So Hard to Quit Fossil Fuels

If renewables are the future and everyone is scrambling to become the first to be rid of fossil fuels, how come we can’t seem to make it happen more quickly?

The problem is that despite all of the pollution and the trouble we go through to use fossil fuels, they’re energy-dense and efficient forms of energy production. This means they produce energy at a higher rate than other forms of energy, including wood and biomass.

Although oil isn’t typically used for electricity production, natural gas and coal are high-energy generators. They can pick up the slack on days the wind doesn’t blow and clouds block the sun’s rays from hitting solar panels.

Even on that record-breaking day when California produced all of its electrical needs using renewable energy, fossil fuels were working behind the scenes. Fossil fuel power plants take hours to come online, so it’s easier to keep them running than risk not having enough power during peak use hours.

How Do We Make the Move to 100% Renewable Energy?

The easiest way to increase the adoption of renewable energy is to continue investing in it.

This means investing in more green technology, including increasingly efficient solar panels, better wind turbines, and innovative batteries that can store generated electricity for longer. Part of the equation to reach a fully renewable future involves “overbuilding” the electrical grid, meaning we build enough infrastructure to supply more energy than we need.

Some projections spot the number at about 2.5 times the total energy demand to ensure we cover all the bases. That growth means utilities and companies must invest in solar and wind energy, requiring more workers, materials, and space to build.

Another issue we’ll have to tackle soon is energy storage. Wind and solar are variable energy producers, meaning the amount of electricity they produce relies on several factors. On perfect days, harnessing all the excess energy produced and effectively storing it can go a long way toward a clean energy grid.

Recently, researchers in Finland have created a device that allows low-grade sand to store heat energy for months. The heat energy is used to warm homes and even a local swimming pool. The storage system isn’t as efficient when turning heat into electricity, but could potentially be improved to meet rising energy demand with low-cost solutions.

Amid a labor shortage, companies across many industries find it tough to attract enough workers to keep operations running smoothly. Electricians, in particular, are in high demand, making it even tougher to attract and retain talent.

Sun-Pull Wire is one of many companies on the edge of innovation, developing products like bundled wire systems that can be installed quickly and save up to 80% of the installation time of string PV, helping with labor shortages and enabling DC installers to take on more projects.

The Government Needs to Step Up

If the U.S. wants to rely on renewable energy sources to power the country, support has to come from the top.

The Biden administration took a big step forward by suspending solar tariffs for two years against four Asian countries, including Cambodia, Thailand, Vietnam, and Malaysia. In another encouraging step, the government recently lifted solar tariffs on goods coming in from Canada, a move made in 2018.

Without the tariffs, utilities can import solar panels and other components at a lower price and reduce the number of delays and cancellations. Fewer tariffs also allow the installed solar capacity to continue growing at a healthier rate.

Unfortunately, tariff concerns did have an impact on the market. The Solar Energy Industries Association (SEIA) reported in its Q2 2022 insights that about 18 GWdc worth of projects were put on hold for at least a year. Another 450 MW was outright canceled.

Reduced tariffs aren’t all rainbows and butterflies, though. U.S. solar manufacturers may find it harder to compete against low-cost imports, claiming it as a disadvantage. On the other hand, utilities and other companies gain access to affordable panels, spurring the country toward its renewable energy goals.

Ready to Learn More About Solar?

Our knowledgeable team of solar experts is ready to answer your questions and get the right products into your hand as fast as possible with the shortest lead times in the industry. The Sun-Pull team is ready to support you from start to finish, including blueprint analysis, product help, and decades of solar experience.

Contact us today to see how we can get your utility-scale solar project off the ground quickly and cost-effectively.